Mycena Cave is home to three distinct species of intelligent, non-human creatures. Collectively, they are referred to as Mycenians — a word that describes any inhabitant of Mycena Cave, regardless of species. Individually, they are known as Ineki, Drasilli, and Kelphi.

A Mycenian’s distinct coloring and patterning is referred to as their coat. A Mycenian may change its coat by consuming a transformative mushroom. These mushrooms can be found throughout the Cave — they can be bought in shops, earned in events, and won in raffles!

New coats and mushrooms are often introduced to the Cave in a variety of ways. Certain coats are always available, some cycle monthly or seasonally, and some are introduced with limited events. You can view all of our current coats on this page.

The Magic Puddle is the magical lake that allows you to see see what almost any Mycenian coat looks like. You can also see how items look on specific Mycenian coats. The Magic Puddle also allows you to see what Mycenians look like with the colour-changing driftshroom and saturation-changing gloomshroom effects applied, as well as preview items and complete dress-ups. 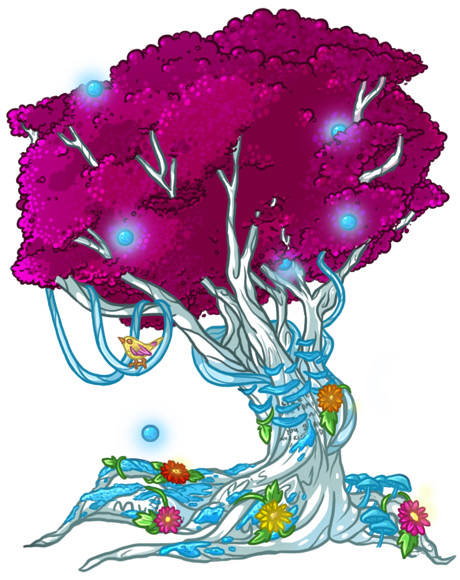 The Sacred Tree is a great, magical tree whose roots are said to extend throughout the entirety of the Cave. It is tradition for Mycenians to stand before the Sacred Tree when making vows of companionship.

A geness is a linked group of platonic or romantic equal partners whose destinies are intertwined. This can be considered the ‘family unit’ in Mycena Cave, though it cannot exactly be equated to marriage. As previously stated, this bond can be romantic or platonic, and may be created between one or more Mycenians.

Mihlanaku is the act of creating a geness. It is an act of prolonged contact between two individuals as they stand before the Sacred Tree. Performing this ritual allows Mycenians to either create or add to a geness.

Kinnen is a ritual that allows a geness to adopt a child by creating a parent-child bond between the two parties. Any Mycenian may be adopted into a geness so long as this ritual is completed and an offering of 3 gems are made to the Sacred Tree.

Mycenians get up to all sorts of activities! Continue on to learn about our Events!