Every year, sometime in midwinter, the moon passes across a large opening in the ceiling of the Cave, showering the cavern below in its light. This is not an illusion, or some deep-Cave phenomenon that imitates the moon’s light and countenance — but the actual, physical moon. The one that exists Outside.

The moon’s yearly visit to the denizens of the Cave loosely marks the beginning of a new year. Mycenians from all over gather in the cavern to socialize and celebrate. This convergence has come to be known as the Lunar Luck Festival, as local legend states that basking in the moon’s silvery light is bound to bring good luck for the year ahead. 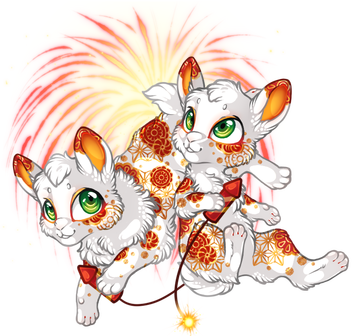